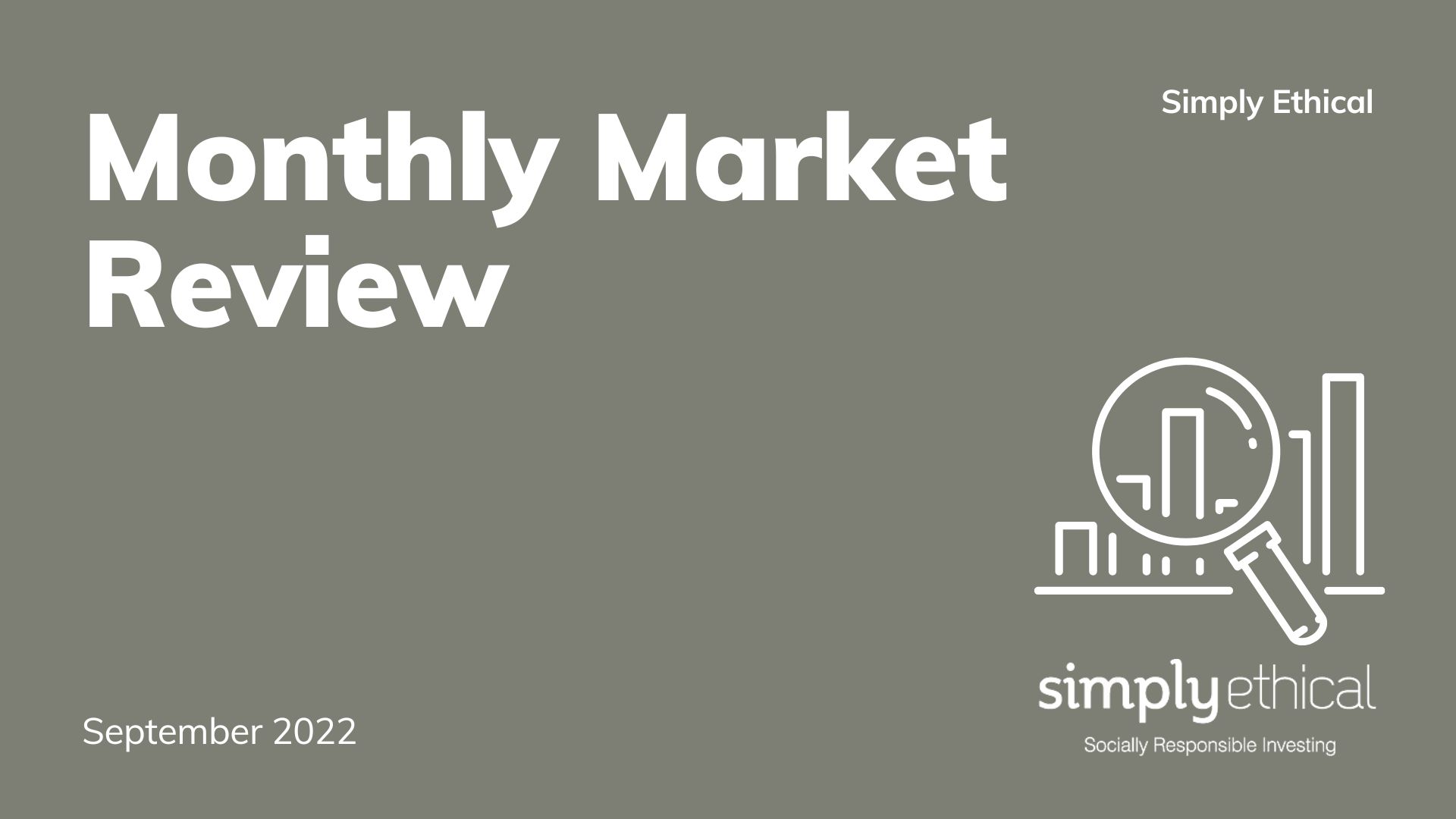 The global financial markets continue to be extremely volatile as the key central banks including the US Fed, Bank of England (BOE) and the European Central Bank (ECB) raised interest rates during the month. The Fed raised the federal funds rate by 75 bps to 3%-3.25% range; the Bank of England raised its main rate by 50bps to 2.25% and the ECB raised interest rates by an unprecedented 75bps in its September meeting. All major stock indices were in the negative during the month of September and on a yearly basis as heightened economic and political uncertainty continues to influence investors’ sentiment. Oil and gas prices dropped during the period due to fears of economic recession. However, on a yearly basis both oil and gas remain the best performing assets compared to more traditional asset classes like stocks and bonds.

• The Bank of England raised its main rate by 50bps to 2.25% during its September 2022 meeting. The seventh consecutive rate hike, pushing borrowing costs to the highest level since 2009. The central bank also voted unanimously to reduce the stock of purchased UK government bonds, financed by the issuance of central bank reserves, by £80 billion over the next twelve months.

• Chancellor Kwasi Kwarteng delivered his fiscal statement to the House of Commons on Friday 23 September. The British pound fell around 3% to below $1.1 on the day, a fresh low since 1985 after the government announced several tax cuts. Complete details of mini budget can be found here.

• The Fed raised the federal funds rate by 75 bps to the 3%-3.25% range during its September meeting. The third straight three-quarter point increase, pushing borrowing costs to the highest since 2008.

• The annual inflation rate in the US slowed less than expected to 8.3% in August of 2022, the lowest in four months and above market forecasts of 8.1%.

• The ECB raised interest rates by an unprecedented 75bps in its September 2022 meeting, following a 50bps rate hike in July. The main refinancing rate is now at 1.25%, the marginal lending facility at 1.5% and the deposit facility one at 0.75%.

• Germany’s consumer price inflation jumped to 10% year-on-year in September 2022, the highest on record and well above market expectations of 9.4%.

• The People’s Bank of China kept its key loan prime rates (LPR) in September unchanged, as widely expected, amid a rapid decline in yuan. The one-year LPR, which is used for corporate and household loans was kept 3.65%, while the 5-year LPR, which influences the pricing of home mortgages, was kept at 4.30%. The people Bank of China (PBoC) lowered the borrowing cost of 14-day reverse repos from 2.25% to 2.15% on 19 September.

• The Reserve Bank of India raised its key repo rate by 50 bps to 5.9% during its September meeting, the fourth-rate hike in a row, amid rising concerns over soaring inflation, global headwinds and a plunge in rupee to its record lows, as widely expected. The decision followed a 50 bps hike in August, bringing the rate to level not seen since May 2019, in line with global central banks tightening rates.

• The annual inflation rate in Japan rose to 3% in August 2022 from 2.6% in July, the highest level since September 2014. This was the 12th straight month of increase in consumer prices and the fastest pace since April 2014, amid surging fuel, food, and materials cost following Russia’s invasion of Ukraine as well as a sharply weakening yen.

Data as at 30 September 2022. Past performance is not a reliable indicator of current or future returns. This overview contains general information only and does not consider individual objectives, taxation position or financial needs. Nor does this constitute a recommendation of the suitability of any investment strategy for a particular investor. It is not an offer to buy or sell or a solicitation of an offer to buy or sell any security or instrument or to participate in any trading strategy to any person in any jurisdiction in which such an offer or solicitation is not authorised or to any person to whom it would be unlawful to market such an offer or solicitation.