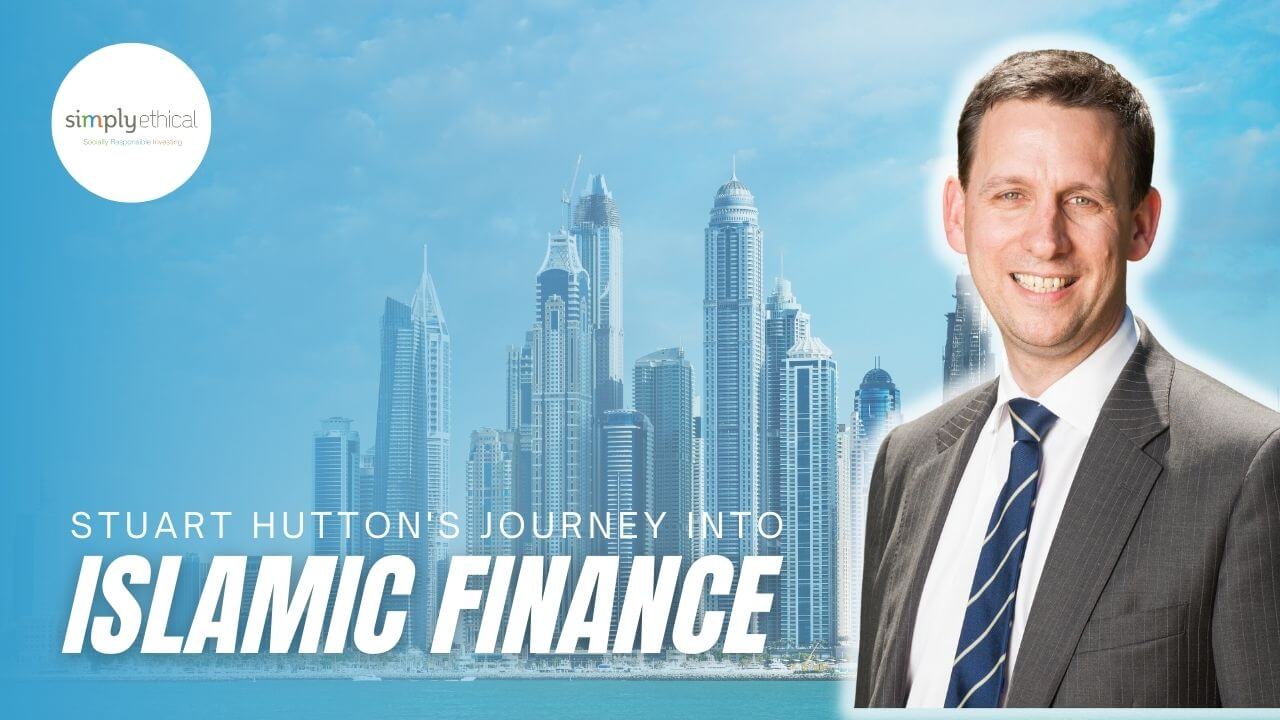 There is something about faith that is quite mysterious, especially when it comes to thinking about money. Money and faith have never been easy to mix and over the millennia often relate to wars and grief.

However, it was back in early 2000, whilst investigating the use of ethics in broader financial markets, that I first truly came across Islamic Finance. It had not been the first time I had read about it, but it was certainly the first change point for me on a journey that still continues to this day. This mission was in researching how different faiths had relied upon banking to build wealth, whereas I was fascinated by the Islamic approach to trade and the values surrounding this.

It was then during the following years, as the markets began to crash around us with the worst financial crisis we had seen in a generation, that my concern for the banking sector grew. I felt that the relationship between the industry I had joined and the citizens who relied on us had been badly broken, and it would take many years to build that back into a strong and trusting connection again.

Of course, what I had not realised at that point was it would be technology that created that bridge that today is finally making progress. FinTech and its role in modern day banking and financial services is offering a route to support all those who need it, even the unbanked.

Over the couple of years that followed the start of the credit crisis, I had the opportunity to continue my research, and this led to some in-depth studies into what the potential future of ethical finance may just mean. Part of this was the role that our faith would have in connecting trust and values, and it was this that started my learning about the role finance played in the life of Muslims, and their shared belief in the Maqasid Al ‘Sharia. I quickly understood this was more than just learning about particular terminology or even applying basic research through reading, I had to live the process and speak with those who believed in this.

This meant that in 2006, I made the conscious decision to study Islamic Finance, and with the recent release of the CISI qualification, I took this and passed. However, I also quickly realised that the connection with trade meant that the law surrounding this needed to by understood. The focus on Sharia law and how this may influence and guides our ways means that also, this requires a clear knowledge of Islam as a faith. This led to a three -year study path with many different connections both here in the UK and overseas, to build my knowledge around Islamic faith.

This part of my journey was something that also challenged my own faith and never before had I experienced the cross-over between my personal values and my role in finance. However, at a time when everybody was concerned by how their money was held and managed, this became an opportune moment to see where trusted values could play a stronger part in how investments are dealt with more responsibly. What followed was how I found myself where I am today.

This pathway really took off when meeting Faizal Karbani back in 2013 at the World Islamic Economic Forum (WIEF) in London. Following meetings with many key individuals in the couple of years leading up to this, and studying in depth, I appreciated that my timing in this part of our industry was very much at a convenient start point. The opportunity to lead on growth and provide for those seeking greater value and responsibility in their investing was timely. This did also mean my studies needed to continue, and they have not stopped, nor ever should, as this chance to listen to so many learned people has positioned me favourably to be part of a design to lead growth in this marketplace and influence where it goes next.

My journey started with Simply Ethical in the summer of 2015. Faizal and I arranged to meet at the WIEF in Dubai, and I explained that I was in the process of using my current business to set up a Sharia-compliant set of portfolios for those interested in investing this way. With the experience I had, it was an educational route as many of the companies and investors I dealt with, both Muslim and non-Muslim, lacked the understanding of how this worked. Even the simplest item, like having a Sharia-compliant bank to use for investors was creating difficulties. My timing was once again ideal, as Faizal explained that he and his colleagues were in the process of rebranding their business and expanding the offer. In fact, what I was trying to achieve alone was something they also wished to start and so why don’t I join them on their journey.

I would like to say that the rest is history, but actually for Simply Ethical, the journey that started that day back in autumn 2015, was the beginning of a life-long commitment to bringing a more responsible attitude into investing, greater ethics, and a morality that Islamic Finance is certainly contributing to.

In my time with Simply Ethical, I have been fortunate to travel the globe many times over, to meet and spend time with highly knowledgeable and creative people, to see a development in a fairly new market that is now becoming accepted as mainstream and actually feel part of this growth. It is a journey also in my faith that challenges and questions many aspects and with that I welcome the test that I face in the time to come! I hope that this will continue throughout my life, and I am grateful for all those who have supported me on this way, for whom I have hopefully helped, and for those who walk alongside me now and into this bright future.

Click here to view the management team at Simply Ethical!