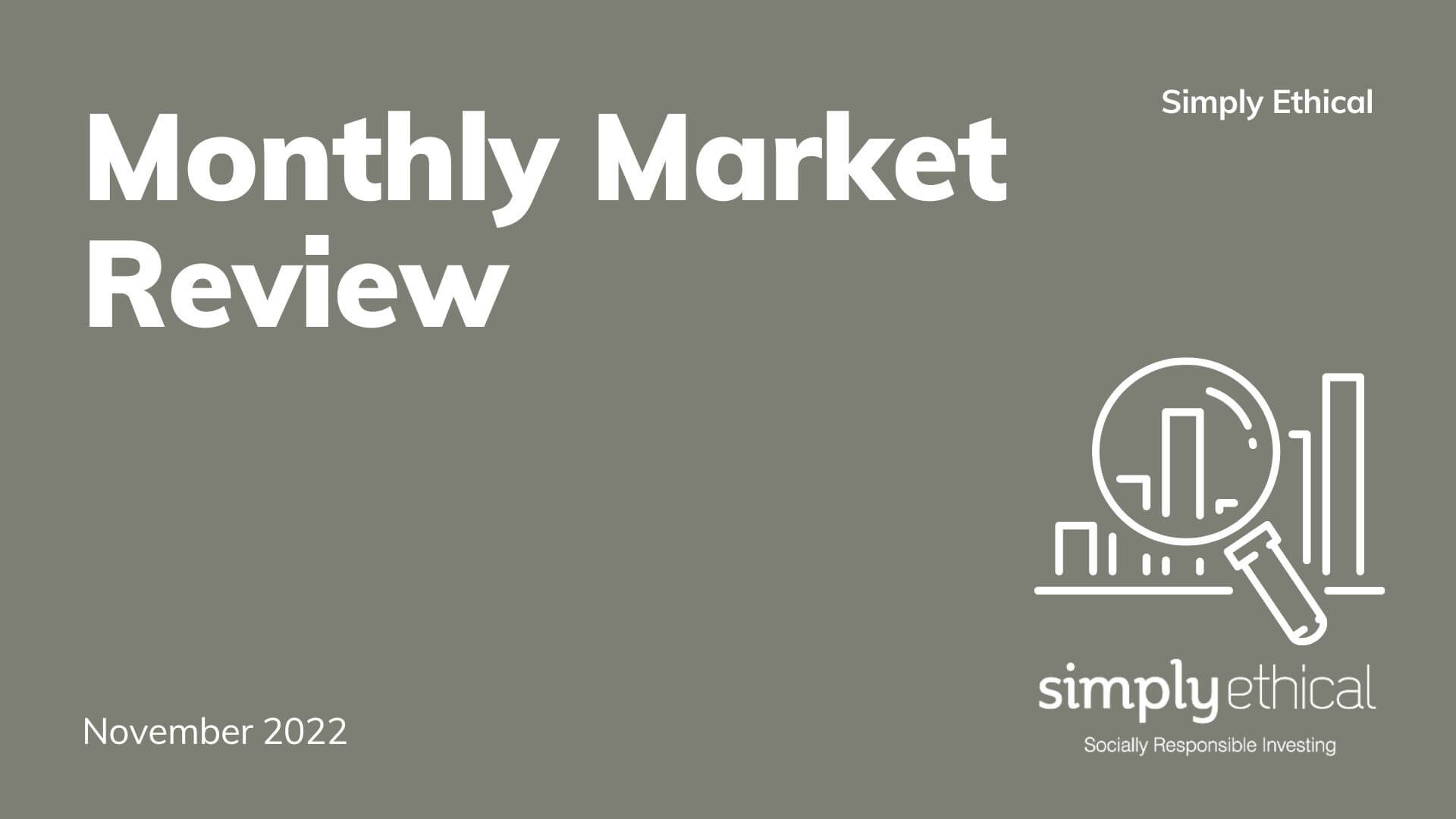 The month of November has been volatile amid continued worries of high inflation, monetary tightening, supply-chain disruptions, and new Covid-19 lockdowns in the second largest economy of the world. In general, investors are concerned with what will be the level of terminal interest rate; how long the rates will remain high; and if there is a recession, then how damaging this would be for the economies and corporate profitability.

The global financial markets observed another positive month following the footprints of the previous month where markets recovered slightly during October after a negative performance in September. Global equities enjoyed the uptrend price rally with S&P 500 climbed over 8% and FTSE 100 appreciated 6% in November. The European and Asian equity markets also rose as shown in the market snapshot below. The recent performance is mainly driven by the emerging thinking from the investors that inflationary pressures might have peaked and the pace of rise in interest rates would come down sooner than later. However, equity markets remain in negative territory on a yearly basis as monetary policy tightening continues. Federal Reserve and Bank of England both raised the interest rates by 75bps during their November 2022 meetings to 4% and 3% respectively. Gold also booked gains of 9% while crude oil plunged 8% in November amid rising fears of recession.

• The Bank of England voted by a majority of 7-2 to raise interest rates by 75 bps to 3% during its November meeting, the largest rate hike since 1989, increasing the cost of borrowing to the highest level since late-2008.

• The annual inflation rate in the UK rose to 11.1% in October of 2022 from 10.1% in September, more than market expectations of 10.7%, returning to the all-time high in four decades. Inflation would have risen to around 13.8% had the government not intervened to limit the price of household energy bills.

• The unemployment rate in the UK edged higher to 3.6% in the three months to September of 2022 from 3.5% in the previous period, which was a new low since 1974. An increasing number of businesses are now reporting holding back recruitment because of economic pressures.

• The British economy contracted 0.2% on quarter in Q3 2022, the first contraction in 1-1/2-years but lower than market forecasts of a 0.5% drop, preliminary estimates showed.

• In the 2022 fiscal year, the US budget deficit reached $1.375 trillion, compared with the $2.772 trillion reported in • The Federal Reserve raised the target range for the federal funds rate by 75bps to 3.75%-4% during its November 2022 meeting. It marks a sixth consecutive rate hike and the fourth straight three-quarter point increase, pushing borrowing costs to a new high since 2008.

• The annual inflation rate in the US slowed for a 4th month to 7.7% in October, the lowest since January, and below forecasts of 8%. It compares with 8.2% in September. Core CPI, which strips out volatile food and energy, is expected to have risen by an annual 6.5%, slightly less than the 40-year high of 6.6% in September.

• European Central Bank policymakers agreed that the central bank should continue normalizing and tightening monetary policy to combat high inflation, even in the event of a shallow recession, the accounts of the central bank’s October policy meeting showed.

• Annual inflation rate in the Euro Area eased to 10% in November of 2022 from a record high of 10.6% in October, beating market forecasts of 10.4%, preliminary estimates showed.

• The Eurozone economy expanded 0.2% on quarter in the three months to September of 2022, in line with the first estimate. It marks a sixth straight quarter of expansion but the weakest in the current sequence.

• Germany’s economy grew by 0.3% on quarter in the three months to September 2022, following a 0.1% expansion in the previous period. On a yearly basis, German GDP advanced by 1.2% in the third quarter.

• The city of Guangzhou locked down its largest district on November 21 to control major Covid-19 outbreak, suspending public transfer and requiring residents to present a negative test if they want to leave their homes. China is the only country still trying to limit virus transmissions through strict lockdowns and mass testing.

• China’s annual inflation dropped to 2.1% yoy in October 2022 from 2.8% in the prior month, compared with market consensus of 2.4%. This was the lowest figure since May, due to a slowdown in the cost of both food and non-food.

• The Chinese economy expanded a seasonally adjusted 3.9% on quarter in the three months to September 2022, beating market forecasts of 3.5% and shifting from a revised 2.7% contraction in the previous quarter.

• Indonesia’s central bank raised its policy rate by 50bps to 5.25% during its November meeting, the fourth hike this year.

• Russia’s GDP shrank by 4% year-on-year in the third quarter of 2022, in line with forecasts by the Central Bank of Russia, according to a preliminary estimate.

Data as at 30 November 2022. Past performance is not a reliable indicator of current or future returns. This overview contains general information only and does not consider individual objectives, taxation position or financial needs. Nor does this constitute a recommendation of the suitability of any investment strategy for a particular investor. It is not an offer to buy or sell or a solicitation of an offer to buy or sell any security or instrument or to participate in any trading strategy to any person in any jurisdiction in which such an offer or solicitation is not authorised or to any person to whom it would be unlawful to market such an offer or solicitation.