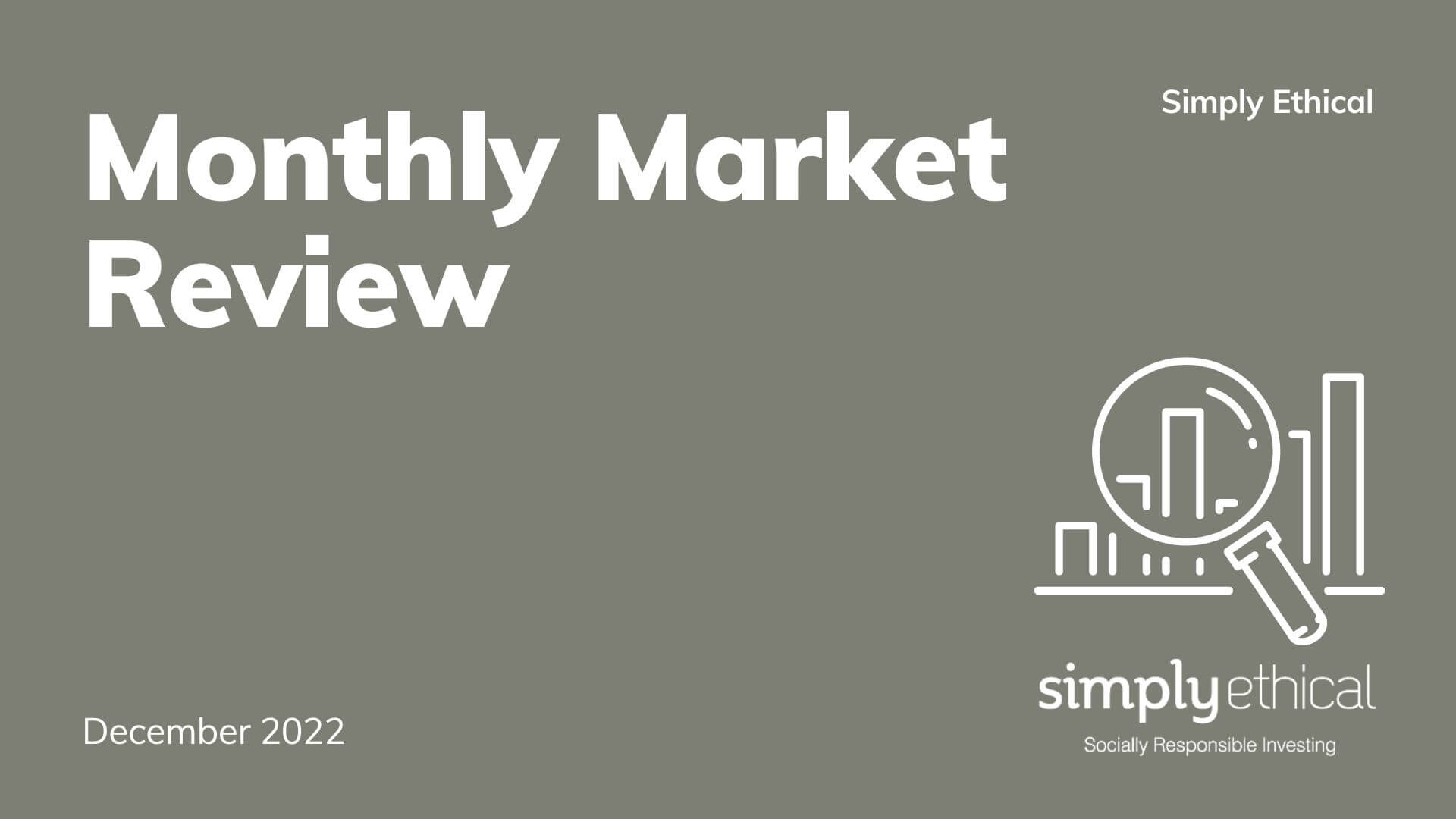 December ended the year 2022 on a defensive note amid continued uncertainties on many fronts including Russia-Ukraine war, rising interest rates, high inflation, high energy prices, supply-chain disruptions, and new lockdowns and travel restrictions to/from the second largest economy in the world. Such macroeconomic concerns coupled with the holiday season kept investors on the side-lines in the last month of the year. The Federal Reserve and the Bank of England both raised interest rates by 50bps during their December 2022 meetings to 4.5% and 3.5%, respectively, pushing the borrowing costs to the highest levels since 2007-08 global financial crisis. Fed’s hawkish tune forced market participants to re-evaluate what will be the level of terminal interest rates in 2023, how long will rates remain high, when will the Fed pivot, and how hard will be the impact of recession on the economies and corporate earnings.

After booking a good month of November, the global financial markets experienced a lacklustre performance to end December on a negative note signalling a pessimist stance for 2023. Global equities were the worst performing asset class as S&P 500 tumbled nearly 6% in December, erasing almost all the November gains, however, FTSE 100 only declined 1.6%. The US equity market barometer dropped 19.44% in 2022 while UK FTSE 100 ended the year marginally positive. Dow Jones Islamic Market Index plummeted 4.96% in December and 25% in 2022. The European and Asian equity markets performed negatively in 2022. Gold proved its strength in December with 4.22% price surge, however, it ended the year with almost nil return. Commodities and energy were marginally negative in December; however, they were the best performing assets in 2022 with a gain of 11% and 7%, respectively.

• The Bank of England voted by a majority of 6-3 to raise interest rates by 50 basis points to 3.5% during its December meeting, pushing the cost of borrowing to the highest level since late-2008. Two MPC members preferred to maintain rates unchanged, and one member preferred to increase them by 75 bps, to 3.75%.

• Retail sales in the UK unexpectedly declined 0.4% month-over-month in November of 2022.

• The British economy contracted 0.3% on quarter in the three months to September of 2022, slightly more than a preliminary estimate of a 0.2% drop.

• The Federal Reserve raised the fed funds rate by 50bps to 4.25%-4.5% during its last monetary policy meeting of 2022, pushing borrowing costs to the highest level since 2007, and in line with market expectations. It was a seventh consecutive rate hike, following four straight three-quarter point increases. Policymakers reinforced that ongoing hikes in the target range will be appropriate in order to attain a stance of monetary policy that is sufficiently restrictive to return inflation to 2%.

• The annual inflation rate in the US slowed for a fifth straight month to 7.1% in November of 2022, the lowest since December last year, and below forecasts of 7.3%. It follows a reading of 7.7% in October.

• The US economy grew an annualized 3.2% on quarter in Q3 2022, better than 2.9% in the second estimate, and rebounding from two straight quarters of contraction.

• The ECB raised interest rates by 50 bps during its last monetary policy meeting of 2022, marking a fourth-rate increase, following two consecutive 75bps hikes. That takes the deposit facility to 2%, the refinancing rate to 2.5% and the marginal lending to 2.75%, a level not seen in fourteen years.

• The consumer price inflation in the Euro Area was revised to 10.1% year-on-year in November 2022, slightly up from a preliminary estimate of 10%. The rate slowed for the first time since June 2021 from October’s record high of 10.6% but remained well above the European Central Bank’s mid-point target of 2%.

• The Eurozone quarterly economic growth was revised slightly higher to 0.3% in the third quarter of 2022 from preliminary estimates of 0.2% and following a 0.8 percent expansion in the previous three-month period.

• China’s annual inflation fell to 1.6% yoy in November 2022 from 2.1% in the prior month, matching market consensus.

• The Chinese economy expanded a seasonally adjusted 3.9% on quarter in the three months to September 2022, beating market forecasts of 3.5% and shifting from a revised 2.7% contraction in the previous quarter.

• The Japanese economy shrank 0.2% quarter-on-quarter in the three months to September 2022. The annual inflation rate in Japan edged up to 3.8% in November 2022 from 3.7% a month earlier, pointing to the highest reading since January 1991, amid high prices of imported raw commodities and persistent yen weakness.

• The annual inflation rate in Australia climbed to 7.3% in Q3 of 2022 from 6.1% in Q2, above market forecasts of 7%. This was the highest since Q2 1990, boosted by higher prices for new dwelling construction, automotive fuel, and food.

• Russia’s GDP shrank by 3.7% year-on-year in the third quarter of 2022. The annual inflation rate in Russia fell to 12% in November of 2022 from 12.6% in the previous month, slowing for the seventh consecutive month to the lowest since the country’s attack on Ukraine in February triggered sweeping sanctions from Western states.

Data as at 30 December 2022. Past performance is not a reliable indicator of current or future returns. This overview contains general information only and does not consider individual objectives, taxation position or financial needs. Nor does this constitute a recommendation of the suitability of any investment strategy for a particular investor. It is not an offer to buy or sell or a solicitation of an offer to buy or sell any security or instrument or to participate in any trading strategy to any person in any jurisdiction in which such an offer or solicitation is not authorised or to any person to whom it would be unlawful to market such an offer or solicitation.