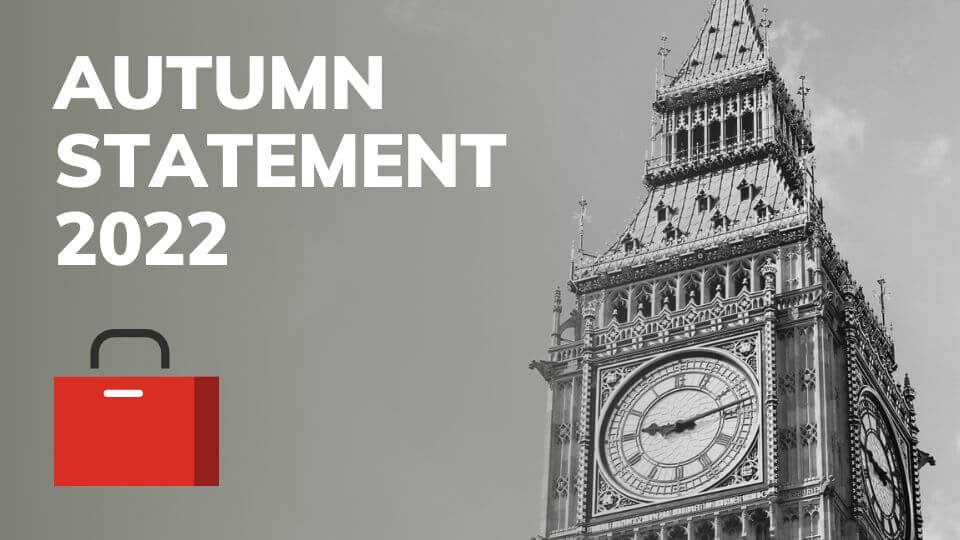 The markets and pound were largely unmoved, which wasn’t the case when the previous Chancellor Kwasi Kwarteng delivered mini-budget in September.

The UK Chancellor outlined three priorities of stability, growth and public services as part of his Autumn Statement. The government reduced the income tax additional rate threshold from £150,000 to £125,140, increasing taxes for those on high incomes. Income tax, National Insurance and Inheritance Tax thresholds will be maintained at their current levels for a further two years, to April 2028. The government reduced the Dividend Allowance and Capital Gains Tax Annual Exempt Amount.

• The personal allowance will remain frozen at £12,570, and the threshold at which individuals become liable for the higher rate of 40% will remain at £50,270, in both cases until April 2028.

• The government previously announced that the rate of corporation tax will increase from April 2023 to 25% from the current 19%.

• As a result of corporate tax rate rising to 25% from April 2023, the Bank Corporation Tax Surcharge will reduce from 8% to 3%. This applies to banks profits above £100 million.

• In addition, the government is protecting the most vulnerable in society by increasing benefits in line with inflation, measured by September CPI which is 10.1% this year. As a result of uprating both working age and pension benefits around 19 million families will see their benefit payments increase from April 2023. The benefit cap will also be raised in line with inflation in April 2023, so that more households will benefit from uprating.

To learn more about how we can help you, book a free initial consultation with one of our Financial Advisers.

This overview contains general information only and does not consider individual objectives, taxation position or financial needs. Nor does this constitute a recommendation of the suitability of any investment strategy for a particular investor. It is not an offer to buy or sell or a solicitation of an offer to buy or sell any security or instrument or to participate in any trading strategy to any person in any jurisdiction in which such an offer or solicitation is not authorised or to any person to whom it would be unlawful to market such an offer or solicitation.